To this day there is a farm on ’t Zandt in the province of Groningen, The Netherlands, on which our family name is based: the Omtadaborg (or Omtadaheerd) located at the Omtadaweg 8. There is still a moat around the farm. The current front house dates from 1867 and was probably built on the foundations of the medieval castle, the Omptedaborg.The Omtadaborg is one of the few remaining head-neck-trunk farms in the province of Groningen (fig. 1 to 4, photos 1920-1940, fig. 5 and 6, recent photos of the Omtadaborg). 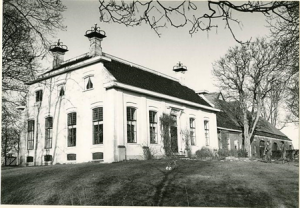 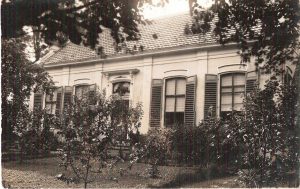 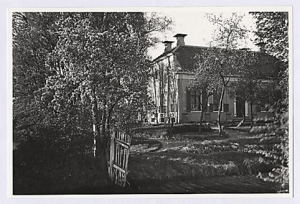 3. De Omtadaborg in the thirties

5 and 6 Recent photos of the Omtadaborg 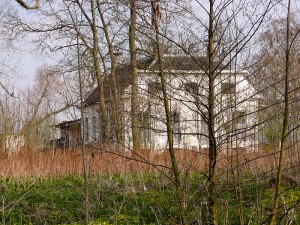 Pictures from the 17th century of the Omptedaborg castle 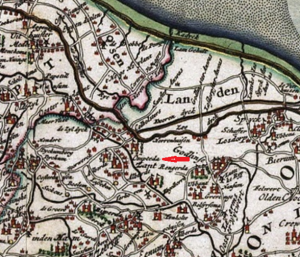 7: Location of the Omptedaborg indicated by a red arrow

According to an article in ‘Ter Verpozing, Popular literary weekly supplement of her Nieuwsblad van het Noorden’, the Omptedaborg was a fairly large and sturdy building. It consisted of three continuous parts: the heavy main building on the right, the middle building with the entrance and the smaller left building. The building on the right is somewhat reminiscent of an ancient ‘stone house’, the oldest borgh type, actually a heavy defense tower. Proudly stood Ompteda with its nice medieval gables, its narrow windows, its lively turret’ (see fig. 8). Figure 3 shows a nice picture of The Omptedaborg in 1672 with the family arms of the Ompteda’s. 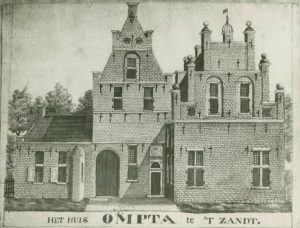 8: The Omptedaborgh in an article in ‘Ter Verpozing, Popular literary weekly supplement of her Nieuwsblad van het Noorden’ 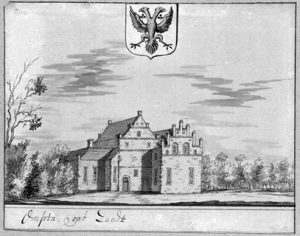