The previous Editor of the Omta.info website, Wiert Omta, who sadly passed away on August 28, 2021, put the complete family tree of the Omtas as a Pdf on the internet.

The  late Wiert Omta with his wife Sanne

To gain more insight into the descent of the Omtas, as Editor of the Omta.info website, I had my genetic material examined by 23andMe. 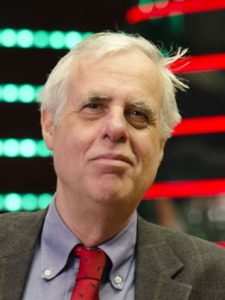 Of my genetic material, 80.6% is of Western European origin, 79.9% of which is of Dutch or German origin. Furthermore, 18.5% comes from Scandinavian and 0.9% from Ashkenazim (Ashkenazi Jewish) ancestry.

By making a comparison with 400,000 other individuals in their database, 23and Me can indicate not only from which part of the world and from which countries the various ancestors probably come, but even from which provinces. When interpreting this fact, I must of course consider that I only come from Groningen on my father’s side. If I take this into account, ‘very likely’ (as 23andMe calls it) some of my ancestors come from Friesland and/or Groningen in the Netherlands and ‘probably’ some from Lower Saxony in Germany. 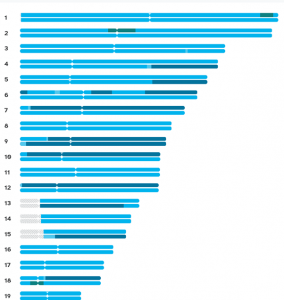 But genetic research continues to evolve. Nowadays it is also possible to determine the haplogroup. Haplogroups can be imagined as large branches of the human family tree. Each haplogroup includes people with a similar genetic profile because they share a common ancestor. At the end of all side branches we find a male and a female haplogroup, a group of males or females that have a certain specific set of mutations on the Y chromosome (the haplogroup through the paternal line) or the mitochondrial DNA (the haplogroup through the maternal line). ) share with each other. Each haplogroup name starts with one (or more) letter(s) indicating the main branch and ends with the number of the mutation (M) identifying a particular haplogroup. For the Omta family tree, only my paternal haplogroup is important, because I share it with all the other Omtas. My paternal haplogroup is R-M512 (also indicated as R1a1a), a branch of R-M420 (R1a), a haplogroup of males that came from the Middle East via the Caucasus and Siberia to Northwestern Europe, among other places. Thus, this haplogroup is relatively common in the Middle East, as well as in Central and South Asia, where it reaches levels of up to 60% among Kyrgyz and Tajiks. R-M512 is rare in Northwestern Europe {1 in 3,200 in the 23andMe database (0.00025%)}. R-M512 is more common in Eastern Europe, especially in Poland. This mutation is especially common among the Ashkenazim. Since my general genetic profile also contains 0.9% Azjknazim DNA, it seems likely that at least one ancestor of the Omta’s must have been Ashkenazim. This is quite possible, many Ashkenazim fled to the Netherlands from Germany and Poland during the 30-year war (from 1618 to 1648). In this context it is interesting that Willem Dirk Omta in his 1967 contribution to Norma Field-Omta’s story about the Omtas in the US (see the page about the Omtas in the US) writes without further explanation that the Omtas may originally come from Poland . Unfortunately, he passed away in 2019, so we can no longer ask him what exactly he based that assumption on.

Further north, about a third of Norwegian men and a quarter of men from the northern British Isles carry the R-M512 mutation. Their ancestry probably descended from the Anglo-Saxon raids in the 5th century and the Vikings who came from Scandinavia after 800. Interestingly enough, Luit van der Tuuk (2021, pg 77-80) indicates on the basis of excavations in the Frisian-Groningen mound area that the inhabitants, after a period of depopulation after the Roman period, probably descended from two waves of immigration, one from the Angles from Schleswig and/or the Saxons from the West Elbe area in the fifth century and one of the Vikings from Scandinavia in the sixth century AD. In the Frisian-Groningen history there are also several Frisian kings from Denmark. The Omtas can therefore also have Anglo-Saxons and/or Vikings as ancestors.

Johannes Krause and Thomas Rappe 2020, The journey of our genes. Our history and that of our ancestors, New Amsterdam